What does it mean to be “brave” when you have dementia?

People who read my writing or watch the videos about me sometimes comment, “You are so brave.” I don’t feel brave. It seems to me that confronting pain, danger, or a degenerative or terminal illness with acceptance and fortitude is the only choice we have. Our culture teaches us to go on. How else do you retain your self-respect? As a cancer survivor says, “How can I be brave when all I’m doing is what I have to do to stay alive?”—in my case, to stay engaged in life. “That’s not bravery, that’s a no-brainer!” About a month ago, though, something happened that made me think more deeply about the meaning of “bravery.”

It was a Saturday. As I often do to work off the stress I build up from not being able to get formerly ordinary things done efficiently around the house–getting dressed, making coffee–I decided to go out. Since I don’t drive any more but still try to not completely rely on my saintly husband, Peter, to get around, I planned a bus trip to Name Droppers, a consignment store specializing in expensive labels, not too far from our house. So that I would not have to take two buses, I accepted Peter’s offer to drive me the nine blocks from home to our local Smith’s, where the bus runs every ½ hour. We were a few minutes early and he took some photos of me with his new camera. While I was striking silly poses, I suddenly remembered that this was the wrong route for Name Droppers. Peter drove me to the correct bus stop at Barnes & Noble. He really wanted to take me all the way to Name Droppers, but I insisted on going by myself so that he could follow his plan to look for a shoulder strap for his camera. I waited for the bus for more than half-hour. The wait seemed familiar. It gradually dawned on me that, about a month earlier, I had waited for the bus there and it never came—the route no longer operated on a Saturday. I swallowed my independence-pride, called Peter—he was just coming out of the camera shop—and asked him to drive me. We agreed he would go home after dropping me off, because after browsing Name Droppers I wanted walk over to a nearby strip mall to unwind. By now I had built up additional stress and anxiety because of my failure to properly plan the trip. I would call him after an hour or so to fetch me.

As usual, Name Droppers turned out to be too expensive for me to buy anything, even at second-hand prices. I did enjoy the styles and colors, though. Feeling a bit less of a failure, I walked out into the bright sunshine. A strong wind blew my very short haircut into a mohawk. Whether it was the glare of the sun or the whip of the wind, I did not see the two steps leading down from the store. I fell down prone, hitting the concrete path with my knees, stomach, and ribcage. The tumble completely knocked out my wind. I gasped for breath, my diaphragm cramped for air. I lifted myself on my elbow. Could get no further than that. Resting my head on my arm, I checked my body part by part as in a yoga exercise. Nothing felt broken. No one came out of the store, so I tried again to get up without help. This time, sitting position. A few minutes more, and I got to my feet. Everything seemed fine, except that my head spun. After the fluids in my ear canal settled, I walked a few steps. I thought I should call Peter. I would want him to call me if he fell. A fall could impair one’s judgment. One might fall again, break something.

Resistance rose in me like a drawbridge. If I made that phone call, it would mean losing a chunk of myself, forfeiting my own and Peter’s belief that it was still okay for me to move by myself outside the house in a few well-known environments. To maintain this belief, I had to recover from this breakdown of confidence on my own. Else I could not trust myself. And if I did not trust myself, how could I expect Peter to? I hobbled to the traffic light. Mindful of every step, I crossed the street.

In the weeks that followed, I thought much about this incident. In light of how I felt before crossing that street, I do understand what my supportive commentators mean when they say I am brave: they think that getting through every “ordinary” day with dementia involves fear, but it doesn’t–yet–for me. On that Saturday when I fell, though, I experienced fear. In overcoming that fear and continuing with the plan I had made, I think I qualified to be called “brave.”

The reason my internet friends made me feel uncomfortable and undeserving of their admiration is that “bravery” has two somewhat different meanings. The first is the one the cancer surviver dismisses: the kind of bravery that consists of doing with fortitude what you have to to stay alive.  To him–and to me–that does not feel “brave.” There is, however, another connotation of bravery—“the ability to undertake on overwhelming difficulty or pain despite the eminent and unavoidable presence of fear. More than a quality, it is a state of mind driven by a cause that makes the struggle all worth it. The essence of courage is not the feeling of being certainly capable of overcoming what’s one is faced with, but rather is the willful choice to fight regardless of the consequences.”

For the cancer survivor, there are consequences to every potential cure: “If its chemotherapy, its hair loss, extreme fatigue, perhaps vomiting and diarrhea, loss of feeling in hands and feet, stiffness, joint pain, lack of appetite….. Radiation patients don’t get away with it easily either, neither do those who just wait and watch their cancer, or decide to do nothing and make peace with the end of their life. We all know what’s to come, and yet do we give in? No. We make a decision to do what we have to do.”

In this second sense, I feel that I was brave on the day that I fell.  It took courage to go on even when I knew my act might have bad consequences: I could have fallen again, gotten lost–real fears at the time. I overcame my fears and was lucky: my bravery, which seemed a bit foolish to me even at the time, paid off and I was rewarded with the sense of having exercised self-determination.

Crossing the street took a lot of courage. Walking the long block on the sidewalk to Harmon’s took courage. The whipping wind, the glaring sunlight, the noise of the cars that seemed extra-loud made for a very unpleasant sense of unreality. The distance between my knees and the pavement seemed longer than usual—I felt as though I had to stretch my feet a little bit extra to reach the earth below at every step. The cars seemed to come at me, and I jumped to the side every time an extra big or noisy vehicle came by.

After reaching the strip mall, I got some coffee and a bagel. When I sat down, I felt sharp pains in my knees. A seep of blood dotted my pants at each knee-bend. The server seemed to notice that I was out of sorts: instead of calling me when my order was done, she came around the counter to bring over my food and drink. My eyes fogged up at her kindness. But I pulled myself together, finished my coffee, and went on. I still had a lot of walking to do.

A New Literature of Dementia

Shortly after the publication of my Georgia Review/Slate essay, Linda Bernstein mentioned my writing in an article titled “A New Literature of Dementia,” in which she reviews four new books that deal with aging, dementia, loss, and caregiving. “Not too long ago,” Bernstein writes, “I read a moving article in Slate by Gerda Saunders. My Dementia: Telling Who I Am Before I Forget chronicles how the author confronts her diagnosis of microvascular disease, the second leading cause of dementia after Alzheimer’s. Elegantly written, keenly observed, Saunders’ essay makes us want to shout, “How can the author possibly be ‘dementing’ when she writes like this?” She suggests that Eric Rill’s novel An Absent Mind, “provides something of an answer: The brain, attacked by illness, struggles to make connections, like an out-of-breath swimmer fighting his way to the water’s surface and air above.” In the beginning, deeply embedded connections still rise to the surface, but eventually the links become so tenuous that only a few or no connections remain. In addition, Bernstein favorably reviews the other three books shown below. 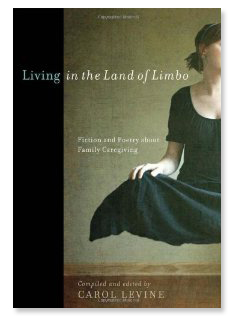 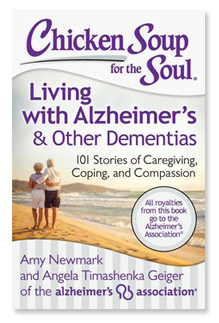 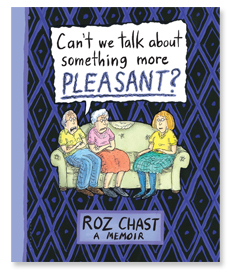