Doña Quixote, a.k.a. My Dementia, Tilts at Windmills in Las Vegas

My first visit to Las Vegas took place two years after we immigrated to the US, in the summer of 1986. Marissa was 9, Newton 6. Our family was en route to our first American vacation, a trip to Disneyland. It was a wonder that had been able to pull this off—even though Peter had landed a good job, we had essentially started our financial lives from scratch. The upper middle class status we had maintained in South Africa as up and coming yuppies had disintegrated into a furious scrapping to hang into the lower middle class in the supposedly classless social milieu of our new country. We had a house, but no money to paint it. We had a second-hand car so tiny that the kids at Marissa and Newton’s school pointed and laughed when I picked up our children. 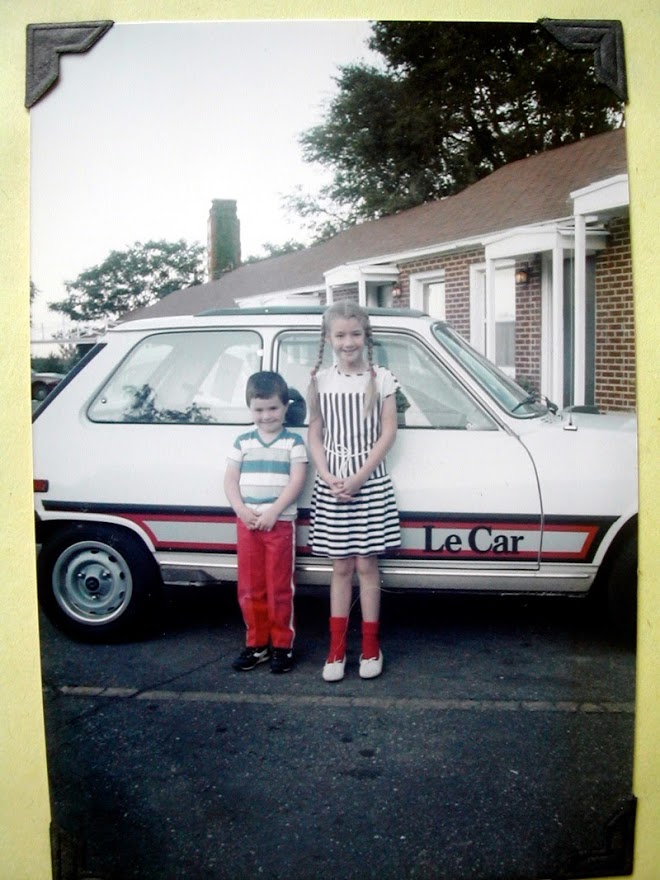 We were still illegal immigrants then, but the privilege of having grown up in South Africa as white people entitled to a good education was still working for us: Peter’s skills in computer networks was so desirable that his new company engaged a lawyer to work on changing his temporary work visa to the permanency of a green card. Until that happened, we lived in the precarious status of wrongly documented immigrants: should Peter lose his job, our family would have to leave the country within 48 hours; should Peter die, the children and I would have to do the same.

On the designated day, we set out in our secondhand Renault Le Car with the spunk of pioneers. With 4 passengers and their luggage, we were more snug inside than the 105 -110 °F temperatures dictated—Le Car had no air-conditioning. However, we had armed ourselves with a small towel and a laundry-style spray-bottle each, and the rule that one could only spray yourself. Along the way, we became the equivalent of a traveling circus act for truckers, who would peer down from their air-conditioned cabs at our primitive cooling system, open their windows, hoot and wave, and give the crazies from Utah an enthusiastic thumbs up.

At our off-the-strip motel, our shoes left footprints in the parking lot’s tarmac, softened to the consistency of playdoh by the extreme heat. Fortunately, air conditioning was apparently standard for even our no-frills accommodation. And we had a pool. After a cool-down, we trekked to the strip for a buffet at Circus-Circus, at the time the closest thing to a kid-friendly venue the city had to offer. While Peter tried his luck at the casino, I shepherded the kids to a row of machines where our little gamblers-in-training could try their quarters at carnival-style games for the ultimate prize of a stuffed toy.

Las Vegas is the best of cities.

Over the 3 decades since our first visit, Peter and I have stopped in Las Vegas many times, usually on our way somewhere else. Peter would always gamble the amount he had set aside for the purpose, sometimes winning, sometimes losing. A few years ago he won a lot of money. Since then, we have been receiving invitations from various hotels for “free” three-night stays. Now that we are retired, we often avail ourselves of these offers.

Last week we again made the trip. With our current car (the first one bought new since we immigrated, rims powder-coated green byDoña Quixote’s insistence), Las Vegas is only a 6 or 7-hour drive away. In air-conditioned comfort, to boot.

The drive itself is the first step in our transformation from stressed-out homeowners (the one of us with the diminished brain making extra work all day) to idle vacationers with nary a care in the world. We packed a picnic and stop at a scenic spot along the way for lunch. On the road, cocooned in the car, we had long conversations uninterrupted by the phone, the doorbell, or chores. Once ensconced in our hotel, we let our bodies follow their own inner rhythms, sleeping until we woke up naturally, eating when we were hungry. Peter spoiled me by fetching Starbucks coffee while I lingered in bed. We luxuriated in NOT having to make the bed. I took all the time I wanted to get showered and dressed, and then stepped out for a day of self-indulgence.

In Las Vegas, Doña Quixote CAN GET TO PLACES ON HER OWN. The geography of the city-block sized part of town by Treasure Island where we stayed is such that the boomerang curve of our hotel’s skyline and/or the stand-out characteristics of it’s neighbors—the gold-plated glass façade of the Trump hotel and the copper-plated glass facades of the Wynn and Encore—is always visible from Las Vegas Boulevard. (See the view from our room below, note copper and gold miens of our neighbors.) Moreover, these hotels are nowadays connected with walkways suspended high above the dizzying stream of traffic along the boulevard. These bridges lead to a mega-mall across the road where the Doña can walk for three days without seeing all the shops. To “get out of the house,” she does not have to take the bus or ask Peter to drive her. Here she can wander the air-conditioned corridors of consumerism, read her book over a cup of coffee, and go back to the hotel for a nap, all without needing someone else’s help.

The flip side of my independence is that Peter, too, gets a break: no Doña Quixote all the time asking for help to find the document her computer has swallowed, or breaking a glass and cutting herself on a shard while she cleans it up, or needing a ride to the mall to return a mistaken purchase. Instead, my beloved has time to get into his own zone of relaxation. He plays the slots, enjoys a free drink whenever the spirit beckons, and does not have to go outside to smoke.

Instead of ferrying me around for half the day, he visits his own mega-mall: Fry’s Electronics, “the one-stop-shopping environment for the hi-tech professional.”

And still he is only a phone call away. When we start missing each other, we get together for coffee or a Haagen Das ice cream cone at the giant mall’s food court, return to our room to watch a movie or Trump’s election season shenanigans on TV, or explore a different part of the city.

In Las Vegas, we become hearty participants in the city’s shallowness, ostentation, water waste, environment-destroying excessive energy use, and rampant consumerism that we decry at home. After using up all our change, we pretend that we do not see the homeless people who are too dehydrated to even ask for money as they swelter in the narrow shades of the pillars that hold up the walkways.

In Las Vegas, the discrepancies between the 1% and the 99% stare me in the face.

Inside the malls or casinos, Peter and I are among the 99%. Despite having shored up a retirement investment that we could not even dream of when we lived in our first house in America, we are by no means wealthy by statistical standards. In the Fashion Show mega mall, there isn’t much I can afford other than a cup of coffee or a sale item at one of the low-end stores. Fortunately, my taste in clothes is so un-haute that not much in Sack’s Fifth Avenue or Neiman Marcus tempts me. I do not even look at the price tags in the likes of Gucci, Christian Dior, Lanvin, Louis Vuitton, Prada, Alexander McQueen, Marc Jacobs, Emilio Pucci, Carolina Herrera, Oscar de la Renta, Diane von Furstenberg—actually, many of them do not have price tags. The assumption, I guess, is that money is no object for customers who actually belong there.

Once we step outside of the air-conditioning, though, we are clearly one of the 1%. At home, too, we are rich, even though—or, actually, because—we live in a neighborhood that Peter’s administrative assistant at American Express called “the ghetto” as she cautioned him that it was not safe to live there. Not heeding the warning, we moved to Sugarhood, as we residents refer to our corner a fancier neighborhood known as Sugarhouse. In Sugarhood, Peter and I are the Joneses. Our neighbors largely consist of retired people on military-type pensions, on disability, or currently without adequate incomes. They are the salt of the earth and we love each one of them dearly. Roberta Street is the best neighborhood in which we have ever lived—people look out for each other, phoning when they see a stranger staring at your house and feeding the quail when we’re away. They bring over plates of food when they have extra, and share such bonuses as half a watermelon, a homegrown tomato, or a magazine after they’ve read it. They wheel out our garbage cans when we’re away and bring them back in when we’re at home and just forget. Many of them do not have enough good food at times. Many of them have not bought a new clothing item for decades. My almost non-existent spending power in Las Vegas gives me a glimpse of how many of my neighbors must feel when they go to the supermarket or a low-end clothing store.

The shallowness of my life in Las Vegas reminds of the depth of my material blessings at home. Most of all, though, Las Vegas gives me time to restore myself, all the better to love my extraordinary husband. As Herman Melville writes of in Moby Dick of Ishmael and Queequeg, such is the communion between Peter and me during our beatific sojourns in the City of Sin:

“I kissed his nose. And that done, we undressed and went to bed, at peace with our own consciences and all the world. But we did not go to sleep without some little chat. How it is I do not know, but there is no place like a bed for confidential disclosures between friends. Man and wife, they say, there open the very bottom of their souls to each other, and some old couples often lie and chat over old times till nearly morning. Thus, then, in our hearts’ honeymoon, lay I and Queequeg—a cozy loving pair.”

Kimberly Williams-Paisley Chronicles Her Mother’s Dementia Dementia Can Go Like This: The Nine Lives of Michael Kelly