Gerda will participate in AlzAuthors’ virtual Q&A on Zoom: “Everything You Always Wanted to Know About Dementia… But Were Afraid to Ask”

REGISTER NOW to join us on Tuesday, June 15th at 10:30 am EST when AlzAuthors presents “Everything You Always Wanted to Know About Dementia… But Were Afraid to Ask,” a virtual panel Q&A on Zoom.

I’m happy to invite you to participate in this AlzAuthors panel discussion with your own questions. Together with Michael Ellenbogen (From the Corner Office to Alzheimer’s), Wendy Mitchell (Somebody I Used to Know: A Memoir)Jennifer Bute, MD, (Dementia from the Inside: A Doctor’s Personal Journey of Hope ), and Peter Berry (Slow Puncture: Living Well With Dementia), I will attempt to answer any questions you may have about dementia. Here are some examples of questions we are considering:

What’s it like to have the condition? Are you scared? Angry? Anxious? Hopeless? How did the diagnosis come about? Who supports you? What about finances? Are you able to continue working? How can you write if you have dementia? What can others do for you? Knowing that  you will lose your ability to think rationally long before you die, how do you feel about your end of life? And anything else you want to know.

Here is some more info about my fellow panelists: 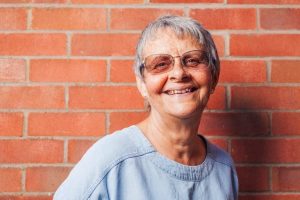 Wendy Mitchell started a blog, Which Me Am I Today? after being diagnosed with young-onset Alzheimer’s and vascular dementia in 2014. She was 58. Her blog eventually became a memoir, Somebody I Used to Know. Wendy remains active in the dementia community, participating in workshops and lectures across England. She has a very active Twitter presence, which she calls her lifeline. She lives in England, in Yorkshire, with her two daughters nearby. 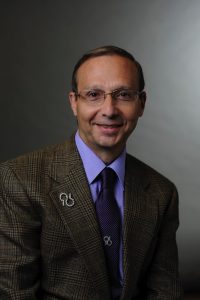 Michael Ellenbogen was diagnosed with early onset Alzheimer’s at the age of 49, after experiencing symptoms for 10 years. This led to an early retirement from his career in information technology. Following his diagnosis he has become an outspoken advocate for those with dementia and has written articles and blog posts in addition to his book, From the Corner Office to Alzheimer’s. He has appeared on podcasts and television, and  has testified before the United States Congress. Michael lives in Chesapeake City, Maryland with his wife, Shari. 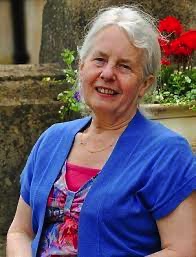 Dr. Jennifer Bute, FRCGP lives in a dementia inclusive retirement village in Somerset, England, about 140 miles /225 km west of London. Previously she worked in Africa as a doctor before working as a GP (Family Doctor) for 25 years, and was involved in medical education. She was diagnosed with dementia ten years ago. She speaks at conferences and on radio, and has been involved in television programs raising awareness and understanding of dementia. She passionately believes more can be done to improve both the present and the future for those living with the disease. Her book Dementia from the Inside: A Doctor’s Personal Journey of Hope is her story and explains these principles. Her website GloriousOpportunity.org includes many videos where she discusses different aspects of the condition, and she also blogs on Facebook at Glorious Opportunity. 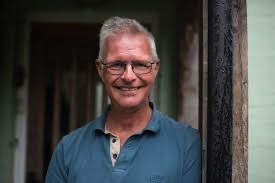 Peter Berry ran the family’s timber business for decades before being diagnosed with early onset Alzheimer’s at age 50. He immediately stopped working and fell into a deep depression. After some time he realized that he still had a life to live, overcame his depression, and now fills his days with cycling across the English countryside with his friends, and advocating for those with dementia in his community and on social media. To date he has raised more than  £20,000  for dementia charities through cycling challenges. He tells his story in Slow Puncture: Living Well with Dementia, with Deb Bunt. He lives by the sea in Suffolk, England with his wife, Teresa.

And here is the info AlzAuthors gives about me: 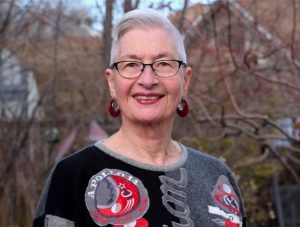 Gerda Saunders was the Associate Director of and taught in the Gender Studies Program at the University of Utah; she also taught gender and literature courses in the English Department. At the age of 61, she was diagnosed with cerebral microvascular disease, a precursor to dementia. She retired a year later. She maintains an active lifestyle, writing and speaking about the disease in a variety of settings. She is the author of Memory’s Last Breath: Field Notes on My Dementia, and blogs at Living With My Dementia. She lives in Utah with her husband, Peter.

Reserve your spot in the program now!

Colorado cops brutally arrest Karen Garner, 73, who has dementia, for (probably inadvertent) shoplifting Baring body and soul (again): is Doña Quixote still rational enough to consent to being interviewed in her Spanx?

“Living full out”: Nancy Solari interviews Gerda about accepting support from others in her uncertain future with dementia

The link to Gerda’s talk with “being patient” last month