About a month ago, I received an e-mail from Meirav Arielly, editorial secretary at “TheMarker” (http://www.themarker.com), “Israel’s leading business media organization,” asking for photos and permission to capture stills from the film series that RadioWest is making about my family and me to accompany  a forthcoming “article about you and your important book: Memory’s Last Breath: Field Notes on My Dementia.”

Elaine Clark, who produces RadioWest and is also the producer of the film series, kindly gave them permission to capture the stills. Last week the piece was published. Which brings me to the question:

WHAT AM I BEING PUNISHED FOR BY VIDEOGRAPHERS, PHOTOGRAPHERS, AND EDITORS WHO ALL SEEM DESIROUS TO PRESERVE MY JOWLS FOR POSTERITY?

Now look at the photo next to the article headline below: THAT IS NO CARTOON. THAT IS ME! 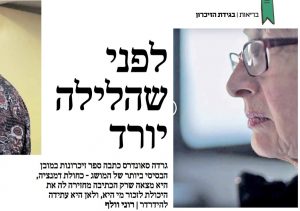 Click on the image  above to see more photos, and the whole article in Hebrew, the language that started out without vowels—as in J_hwe, G_d.

Wh_ reminds me of my sins. Oh well, I suppose I had those j_wls coming! 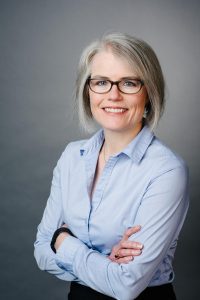 Elaine Clark of RadioWest, who studied Hebrew (what doesn’t this woman know?) but feels “rusty.” So she google-translated (“always *so* rough”) the caption:

“From a documentary series on Saunders: With her husband Peter and Her daughter was young. Below: Lists Saunders writes in a notebook Special and attached to items At home” Photos: RadioWest”

Seeing myself amid a sea of Hebrew reminded me that I have not yet posted the news that my agent, Kate Garrick, together with Cathy Jaque (who acquires foreign rights), both of The Karpfinger Agency, have secured contracts to have my memoir published in Russian, Chinese, and Japanese. In the rest of my post, I show excerpts from newspapers in these three non-Western-alphabet languages to imagine what my book will look like on the page in each case.

What will Memory’s Last Breath: Field Notes on My Dementia look like in its Russian edition?

An example from a contemporary Russian newspaper: the Russian Sport Express cites a tweet from pro-Kremlin user “subb_zer0” about the Russian doping scandal. The tweet compares US allegations about Russian doping to the US’s disproven allegations in 2003 that Iraq had amassed huge amounts of anthrax for chemical warfare.

Translation: Wada has presented ‘convincing’ and ‘sound’ evidence that Russian athletes use doping.

Several apparently pro-Kremlin users have circulated a picture of former US Secretary of State Colin Powell holding a model of a vial of anthrax while trying to make the case for invading Iraq at the UN Security Council in 2003.

What will Memory’s Last Breath: Field Notes on My Dementia look like in its Chinese edition?

Modern Taiwan uses the Chinese phonetic system for Taiwanese Mandarin. An example from the contemporary Taiwanese newspaper, Taiwan Liberty Literary net consists of a report on a typhoon heading for Taiwan: 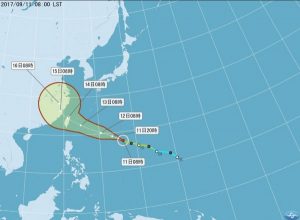 What will Memory’s Last Breath: Field Notes on My Dementia look like in its Japanese edition?

Here is what it looks like in a contemporary Japanese newspaper, The Yomiuri Shimbun: A report on Japanese athlete, Yoshihide Kiryu, breaking a Japanese record in the 100 meters on Saturday in Fukui. 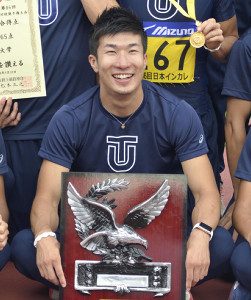 Translation (more or less); Yoshihide Kiryu, breaks a Japanese record time in the 100 meters on Saturday in Fukui.

While I knew that Japanese is regarded as having the world’s probably most complex system of writing, what drove down this fact for me was a photo of the Japanese keyboard(s) that Google issues its employees in Japan: 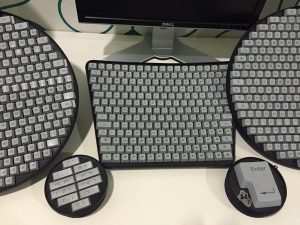 And don’t forget the emoji pad! 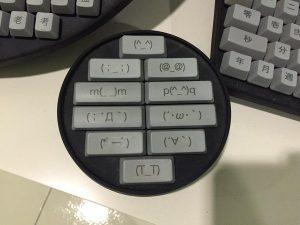 What’s up with me publishing TWO “fashion” posts in a row? “Oh, the places you’ll go”: Doña Quixote’s five minutes of “fame”