On the Ides of January, I Check Off My First New Year’s Resolution: “Revamp Website” √

Halfway through January, Peter and I are checking off a goal on which we started work in November: changing my website to give my book pride of place on what in web designer lingo is called “the landing page.” Friends, Readers, Fellow Travelers: you have landed! Welcome to Peter’s labor of love: new layout, new colors, new “widgets”: how about that over-the-top feature against which “serious author” website designers warn, the orange banner above that swings insolently on its hinge when you open the website before it settles into fixed propriety?

My website did not only have a facelift, its “inner self” is also being renewed. In ongoing blog posts, I hope to share my journey with you toward the publication of my book on July 13, 2017. Think of it as the adventures of Doña Quixote, aka My Dementia, as she chases the windmills of my current and future dreams. 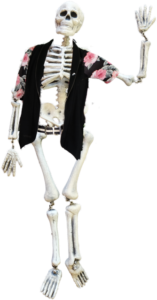 I start the year with a dream come true: At the end of 2016 when most of us were sending out well-wishes for the New Year, Hallie Patterson, Publicity & Marketing Manager at my publisher Hachette, said she was “looking forward to 2017—the year of MEMORY’S LAST BREATH.” The audacity of her anticipation fills me with both hope and terror.

so much depends
upon

For Peter and me, the Year of My Book represents possibilities so rarified that I had not even known to dream about it: for now, Hachette has invited me to attend the annual “Winter Institute,” a gathering of independent publishers and booksellers, held in Minneapolis this year. I will join up to 25 other authors in signing my book for booksellers and participate in the Hachette Book Group Bookseller Dinner afterwards. By courtesy of Hachette, Peter will accompany me because, without him, I would get hopelessly lost and become totally frazzled. Without him, there would be no book, no trip, no me.

As, (borrowing from Walt Whitman), I say to Peter about my book, I say to you, my Friends, Readers, Fellow Travelers: when in these pages I celebrate my self, please bear with me…“for every atom belonging to me as good as belongs to you.”

From California Dreaming to the Real McCoy: My book is getting closer to publication! It is much more fun writing about Doña Quixote, aka My Dementia, after the fact than living with her when she starts acting up