Says Sissy Spacek, “I read a book called Memory’s Last Breath”—part of her research for Castle Rock’s “The Queen”

Last week, my editor at Hachette, Paul Whitlatch, sent me a note saying, “I just noticed that the actress Sissy Spacek mentioned the book (and calls you “brilliant”) in this New York Magazine piece!”

To say I’m no movie buff is an overstatement, but even I have heard of Sissy Spacek! Given my deficient memory, though, I could not recall her face or any movies in which I had seen her. I remedied that by watching the YouTube video Sissy Spacek Breaks Down Her Most Iconic Characters. The Coal Miner’s Daughter! The Help! Of course! 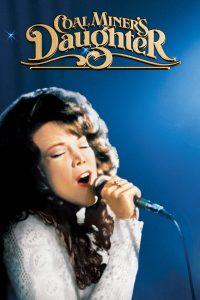 What an actor, what a woman!

So why did she have something to say about Memory’s Last Breath? That’s when I learned about Castle Rock and “The Queen.”

Per Wikipedia, Castle Rock is an American psychological horror, science fiction series based on characters and settings from the stories of Stephen King that premiered on July 25, 2018 on Hulu. The series, starring André Holland, Melanie Lynskey, Bill Skarsgård, Jane Levy, and Sissy Spacek, intertwines characters and themes from the fictional town of Castle Rock, Maine (Wikipedia). In an August episode of Castle Rock, “The Queen,”  Sissy Spacek “gives one of the year’s best single-episode performances in a stunning, hour-long examination of when inner and outer horror collide. Her Castle Rock character, Ruth Deaver, is suffering from dementia, making her grip on reality even more tenuous as the world around her gets increasingly dangerous. The episode ends with a heartbreaking tragedy, made all the more resonant by the emotional gravity brought to it by Spacek” (Brian Tallerico, Vulture).

Rolling Stone explains that Ruth Deaver is “an Alzheimer’s patient hopelessly trapped inside the maze of her own mind…She tries to hold the fractured timeline of her life together by leaving hand-carved chess pieces around her property; that’s how she knows she’s in the present rather than the past.”

Although anything by Stephen King terrifies me, I will watch “The Queen” on a day when Peter is there to watch with me.

Having reminded myself of Spacek and her magnificent work, I am honored and humbled that my book formed part of her research for this role. Here is more of what she said to the question, “Did you do any research into dementia?”

“Oh yes. I read a book called Memory’s Last Breath, which was written by a woman who was suffering from dementia, but she was a brilliant woman. Reading that, she’s talking about it and writing about it and you’re experiencing it with her. You’re aware of what her challenges are. As little as trying to get yourself dressed.”

For the whole article about “The Queen” and interview with Spacek, read Sissy Spacek on Castle Rock, Stephen King, and Why She Still Watches Carrie.

To fix or not to fix, in which—be forewarned—Doña Quixote grossly overshares Military metaphors vs Stockholm Syndrome: fighting Doña Quixote, aka my dementia, or cozying up to her?