A starred review from Booklist for MEMORY’S LAST BREATH. Doña Quixote asks: “What is Booklist?”

“Faced with unspeakable loss, some may act out or give up. Saunders chose to write….[Her} writings evolved into this deeply emotional and humbling memoir. In poignant journal entries, she captures the intrusion of dementia into everyday life. While she explores the fragile nature of memory and researches neuroscience, it is her personal experience, presented in a work of breathtaking defiance, that marks how dementia steals one’s self” — Bridget Thoreson—Booklist 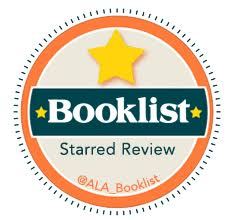 A star is assigned by Booklist editors “to indicate that the title is exceptional in its genre or format.”

As I mentioned in my earlier post about the  starred review my book received in Kirkus Reviews, bookstores and libraries rely on so-called trade journals to decide which books to order out of the 300,000+ new book titles published in the US every year. (Click here to see what Kirkus Reviews said in their starred review about MEMORY’S LAST BREATH: FIELD NOTES ON MY DEMENTIA.) Like Kirkus Reviews, Booklist is one of “the big four of book industry trade journals” (Slate). (The other “big four” journals, which I have not yet mentioned here, are Publishers Weekly and Library Journal.) “The big four” aim to give information about upcoming books to publishing insiders: newspaper and magazine editors, bookstore and library book-buyers, literary agents, and film industry types scanning them for movie rights. Regular book lovers like you and me can also subscribe to the online or print versions of these publications, though some of them are expensive. Booklist, though, has a free online version. Like the other “big four,” Booklist publishes 300 or so words of plot summary, context, and a quick verdict.  The starred reviews MEMORY’S LAST BREATH received from Kirkus and Booklist will improve my book’s chances of getting noticed, bought, and promoted in the media. Although you’ve probably never read these magazines, you have likely seen their names posted together with their blurb on book jackets.

“Min’s indomitable and magnificent memoir spans the full spectrum of the human experience.” An excerpt from Booklist’s starred review of Anchee Min’s The Cooked Seed is used on the book cover to encourage readers to buy the memoir, a follow-up on Red Azalea, which tells about her growing up in China during the violent trauma of the Cultural Revolution. The Cooked Seed picks up Min’s story twenty years later: an immigrant story that takes her from the shocking deprivations of her homeland to the sudden bounty of the promised land of America, without language, money, or a clear path.

My book has other interesting company among other books who received starred reviews. Here is how author Iain Overton, UK, used his Booklist starred review to further promote his book on his website:

Way of the Gun gets a starred review from US Booklist: “comprehensive… timely and vital reading”

My book was reviewed by Bridget Thoreson, an editor at The Journal Times, a daily newspaper in Racine, WI.

“She almost always has her nose buried in a book, becoming so absorbed that she experiences temporary deafness while reading, to which her long-suffering (and somewhat hoarse) family members can attest” (Booklist Online Reviewers).

Faced with unspeakable loss, some may act out or give up. Saunders chose to write. After she was diagnosed at 60 with dementia, she left her career in academia and embarked on writing about her experience in a last stand of the mind. Those writings evolved into this deeply emotional and humbling memoir. From her childhood in South Africa through her family’s move to the U.S. and her mother’s own struggles with dementia, Saunders recounts a rich, full life before her illness began stealing her memory. In poignant journal entries, she captures the intrusion of dementia into everyday life—getting lost, enduring dangerous mishaps in the kitchen, losing the thread of a conversation while speaking, and having trouble getting dressed. The impact of these losses on Saunders, an academic prone to liberally using literary quotations and classical references, is palpable. While she explores the fragile nature of memory and researches neuroscience, it is her personal experience, presented in a work of breathtaking defiance, that marks how dementia steals one’s self. — Bridget Thoreson

Takes one to know one: Doña Quixote, aka my dementia, has a heart-to-heart with Donald Trump A dementia lament: Losing my mind, finding my voice