In case you haven’t run across the word “dementer” (in the title) before, I first heard it from the neurologist who participated in my diagnosis in 2011. “Seems you are already dementing,” she said. Given my interest in words, I found it extremely funny to discover a verb that makes me the main(?) agent in the downhill slide of my brain. “I dement, you dement, he/she/it dements,” I conjugated to Peter when telling him about her remark. Ever since then, nominalizing the verb “dement” to make me the doer of the verb has been an instant joke in our family. I have learned that calling someone “demented” or a “dementer” used to be employed by doctors and researchers who studied and dealt with the disease every day. Today—unbeknownst to my then doctor—the term is usually regarded as hurtful. I, however, think of it as just another slur that needs to be reclaimed, in the same way that pejoratives based on race (“n——”, “ch—”), gender (“bitch”), sexuality (“queer”), nationality (“limey”, “yank”) or other group membership have been taken back by those who used to be the targets of the intended oppression. I feel that rather than put energy into changing an unacceptable word, I would rather expend mine on helping change how society regards dementia itself: an illness of which the bearers are not to blame but instead need support, laughter, love, acceptance, the absence of racism, homophobia, misoginy misandry, and—most importantly—the best possible care. 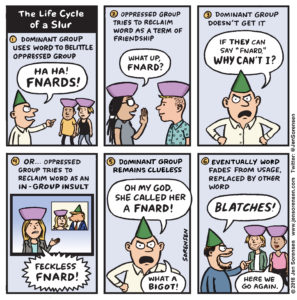 In my two previous posts about the then forthcoming October 2021 Alzheimer’s World Summit, I had largely spoken of the difficulty I am experiencing in opening my mind to the treatment of Alzheimer’s and other dementias through modes of medicine developed outside of Western culture. It is not only my ongoing retrospection as I write these blog posts and otherwise prepare for the Summit that keeps my self-questioning going, but also stories from close friends whom I trust and love who tell me about the healing they have experienced from alternative/complementary/integrative medicine. Just today I had coffee with a fabulous friend who has a graduate degree in neuroscience and, like me, struggles with the fact that non-western healing modes have not yet accumulated the peer-reviewed evidence that both she and I hold so dearly. She told me the story of her own preconceived feelings about the superiority of Western medicine being pleasantly (if disturbingly!) churned upside down through her experience of Reiki treatment. During a recent session, she felt amazing sensations throughout her body while undergoing Reiki BY PHONE!  While all of her Reiki-generated mental and physical feelings were not positive—some were really painful—she found her entire session very positively meaningful. She understands the pain that she experienced as necessary to loose deeply hurtful memories about her past, which she had so far resisted examining because she could not bear reliving them again. This Reiki session, though,  had opened her up to start processing those feelings and also left her energized and eager to go forward. I therefore do not have to take the word of only the practitioners of complementary, alternative/ integrative medicine that their techniques work and actually benefit their clients greatly! Real stories from real people are so much better.

On the day of the Summit that discussed caretakers, speakers told stories about themselves or family members who were dementia caregivers. Needless to say, Day 3 brings forth no resistance from me. As you will know through my blogs, I often tell stories of the amazing humans who make up my caretaking circle of love: my children, my grandchildren, close friends, and—above all—my husband Peter, whose name is Rock: my helpmate, my resurrector from depression, my fixer, my lover.  A recent such story is about Peter: “The Price of Love.”

I know one of the presenters “personally,” that is, through a long correspondence, her own caretaker story, her book Blue Hydrangeas, being on a zoom panel with her, and being zoom-interviewed by her: Marianne Scuicco is a registered nurse, co-founder and manager at a nonprofit, AlzAuthors, that consists of five daughters who have experienced the loss of a loved one with dementia and who also are a community of award-winning authors, each of whom has written about their dementia caregiver experience with the goal to end “the silence and stigma of dementia one book at a time”. Toward the same purpose, Marianne produces and hosts the podcast “Untangling Alzheimer’s & Dementia, an AlzAuthors podcast” for which she interviews people who similarly tell the stories of their own dementia or their experience as a caretaker. This is the forum for which she interviewed me.

The DAWN Method and Changing The Paradigm Of Alzheimer’s Care

Planning Ahead for Caregivers

Inspiration and information For Caregivers

Sharing the Stories of Our Alzheimer’s Journeys

HOW: Sign up for a FREE PASS that entitles you to watch the entire Summit.

Note that as soon as you get to the Summit webpage, click on GET MY FREE PASS to register. Once you have registered, you will receive an e-mail with your member password. Go to the Member Login on the menu bar at the top of the page and click on it. Use your password to access the Member Area, where you must create your own log in. After logging in, you will be able to see the Summit Agenda in the green bar at the top: you will then be able to see all the speakers for each day of the Summit and start planning which sessions you’d like to watch. Above, I present the speakers of DAY 3.

WHEN: The Summit stretches over 5 days (Wednesday 20th-Sunday 24th)

AGENDA: Your FREE PASS gives you access to every participant’s speaking time so that you can watch some or all of the 30 presentations.

What do Rafal Olbinski’s surrealist visual puns have to do with the FREE “Alzheimer’s World Summit”? Claims that dementia can be cured strains Doña Quixote’s open-mindedness