Sometimes when I function reasonably well for a few days, I ask myself if I might not just be faking dementia as I sometimes think people who don’t know we well suspect that I do. Sadly, though, this week three discouraging things happened that restored my integrity–”I really am not faking this”–but burst my bubble about my forgetting being “normal age-related deterioration.”

The first blow came last weekend when I was walking in City Creek Mall and checking out the spring sales. I came upon a lightweight summer top in a “designer lite” brand that was down to 1/3 of its original price. I looked for the size label to see if it was worth trying it on, but could not find it. I could not find it on the tag where the size is usually printed. I turned the top inside out to look if it were maybe somewhere else, maybe a tag on the side. No luck. I went back to the top label and saw a funny symbol where the size should have been–I had not noticed it before. It looked somewhat like the three vertical parallel lines in the box below.

I walked up to the counter to ask the hip young guy if he could tell me the label’s size. He gave the usual tag one look and said, “It’s a medium.” When he handed the top back to me, I looked at the tag–there, as clear as anything, was the letter 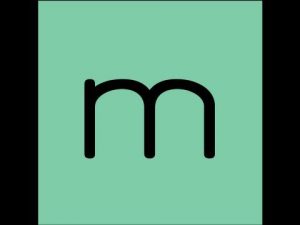 I hurried back to the sale’s rack to hang the top back up. I was too upset to even try it on.

The second disconcerting happening was on another day in another mall. (Yes, I do try to get out at least every second day to walk in the safe confines of a mall where I can’t get too lost.) This time I was inside a department store, on the phone with Peter to arrange  a time for him to pick me up and have a cup of coffee at Starbucks before going home, when I got to the down escalator. I know from experience that I cannot talk on the phone AND get on an escalator at the same time, so I stopped by the side of the moving steps. A couple much older than Peter and I came along slowly toward the escalator. They were nicely dressed. The woman was walking with a cane. They stood hesitantly at the top of the escalator. Hanging on to her husband for balance, he woman tested out her cane on the rolling top step a few times. The situation seemed to me like an accident about to happen. 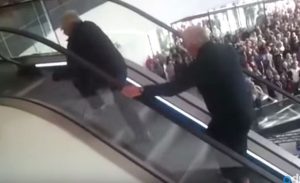 Two elderly men struggle the wrong way up an escalator in Poland in order to get to the front of a queue for free hamburgers.

I was still on the phone with Peter, but I stepped toward the couple, not really knowing what I would do or say. I was so immersed in what was happening that I totally forgot that I was on the phone with Peter. I started telling the couple that there was an elevator at the other end of the floor. By that time, they, too, had realized that it was just too dangerous to go down. The man pulled the woman away, and I said a sort of goodbye.

It was only when Peter started saying, “What? Are you still there?” that I realized I had totally forgotten about him. I did not tell him the story then, just found out where to meet and went their right away. While it is possible that anyone could have forgotten they were on the phone in a case like this, to me it felt like a very scary shift between two realities. It actually felt as if I were stepping on the elevator myself as I watched them. It seemed that the floor was tilting under my feet. I felt really disoriented until after I had had my cup of coffee. 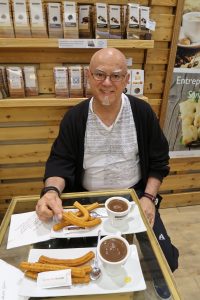 Not Starbucks–Peter and I having chocolate and churros in Barcelona.

The third disturbing event happened earlier today as I was writing a piece for an upcoming occasion. Suddenly I did not remember the keys for cutting and pasting. This is something I have done every day for many, many years. I tried out a few combinations of SHIFT and a letter, then combinations of ALT and a letter, but nothing worked. I was so frustrated I got up and went to the bathroom. When I got back, I was too scared to try for a while. Eventually I tried ALT V and ALT C, and it worked.

Between the incident at the escalator and the forgetting of how to cut and paste, I happened to read an article by the beloved and prolific British fantasy author Terry Pratchett about his own dementia, posterior cortical atrophy or PCA. He received his diagnosis in 2007 and died of the disease in 2013. His observations about his form of the disease sound very similar to my experience. 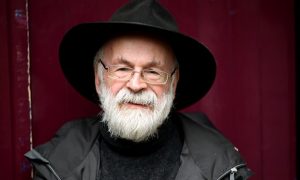 In an incident similar to the letter M I’d been unable to see, Pratchett says: “I spoke to a fellow sufferer…who talked in the tones of a university lecturer and in every respect was capable of taking part in an animated conversation. Nevertheless he could not see the teacup in front of him. His eyes knew that the cup was there; his brain was not passing along the information.” 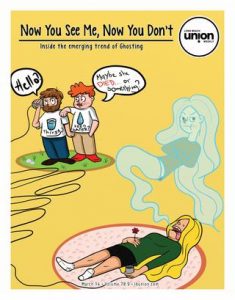 In an observation that seems relevant to my forgetting of simple keyboard operations, Pratchett says: “I have written 47 novels in the past 25 years, but now I have to check even quite simple words – they just blank on me, at random. I would not dare to write this without the once despised [spell]checker….On the other hand, when [my neuropsychologist] asks me to name as many animals as I can, I started with the rock hyrax, the nearest living relative to the elephant, and the thylacine – the probably extinct Tasmanian marsupial wolf. That’s the gift or the curse of our little variant. We have extreme problems handling the physical world but we can come pretty close to talking our way out of it so you don’t notice. We might have our shirts done up wrong, but might be able to convince you it’s the new style.” 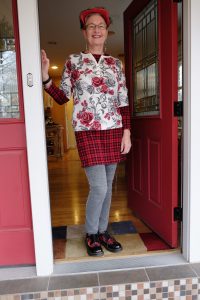 While I have done very badly on the neuropsychological test where I have to name as many animals or class of objects as I can, I do have something else in common with Pratchett: “It occurred to me that at one point it was like I had two diseases – one was Alzheimer’s and the other was knowing I had Alzheimer’s.”

PS After not being able to find the summer top’s size the first time around, I returned to the mall on another day, and tried it on. It was a bit too tight. I ordered one in size L. It should be on my doorstep any moment now. 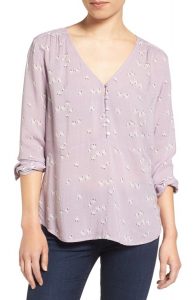 Blessed be the caregivers of us the elderly, particularly us dementers! Andrew Solomon said nice things about MEMORY’S LAST BREATH. Doña Quixote asks: “Who is Andrew Solomon?”