Listen to the program online.

This past  Thursday, I was so honored to be interviewed by Canadian radio and television journalist  Susan Bonner, who is currently the lead anchor of CBC Radio One‘s The World at Six. The program for which Susan interviewed me, though, is CBC’s Sunday morning program, The Sunday Edition. 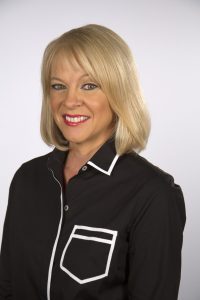 Susan has been a Canadian Broadcasting Corporation reporter for close to 30 years. Born in Montreal, Susan earned a journalism degree from Ryerson University in Toronto before joining CBC as an intern in 1985—about the same time our family immigrated from South Africa. As a CBC political reporter, she worked all over Canada, from Toronto to Saskatoon, Calgary, and Montreal. During the Obama years, she did a stint in CBC’s Washington bureau, covering the Obama government and all the major global issues that dominate the U.S. capital. She lives in Toronto with her husband and son.

As I read about Susan before the interview, I discovered that her mother has dementia. At the end of our interview, when I thought we were no longer being recorded, I asked her about her mother. The show’s producer, Pauline Holdsworth, afterward wrote me that they had decided to include our conversation about her mother in the program. Listen to the program online.

Thanks so much, Susan and Pauline—working with the two of you has been a fabulous experience.

Doña Quixote shops Las Vegas for independence The people Doña Quixote introduces me to: Gillian and Jonathan Bennet, the remarkable couple to whom this post is dedicated