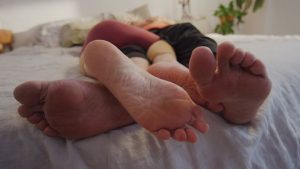 The Gerda That Remains

RadioWest created this site for all  Gerda’s short films. 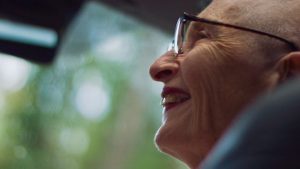 The short films can be viewed below.

Life after my dementia diagnosis.

Planning my assisted death with my family.

I go for neurological testing.

My dementia, my fashion.

How Peter, my Rock, my caretaker feels.

Losing in-person connections during COVID decreases my grip on reality.

Gerda Advocates for People with Dementia

In 2015, I participated in a panel discussion of the film Alive Inside, a documentary about the power of music to combat memory loss and restore a sense of self to those suffering from Alzheimer’s or other dementias.

Although I greatly support the documentary as a lovingly-produced demonstration of the stimulation and joy music brings to people with dementia and cannot say enough good things about social worker Dan Cohen, who by now has provided music to thousands of people with Alzheimer’s and other dementias, the state of our society that underlies the need for his intervention made me very angry. In this excerpt from my response to the film, I recall the thoughts that evoked my anger as I viewed the film and explain how, under our current laws and medical practices, they added to my dread about where my dementia-plagued brain and -body will be after the few “good” years left to me.

The panel took place at the Salt Lake Acting Company under the auspices of the Utah Commission on Aging and the Memory and Music Coalition. 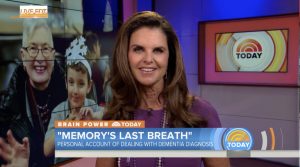 In June of 2017, NBC anchor Maria Shriver and her camera crew came to our house in Roberta Street, Salt Lake City, to interview Peter and me about my dementia and enquire how our family is dealing with it. The episode was broadcast on an edition of Shriver’s ongoing series Brain Power TODAY on The Today Show, July 10, 2017.

As new immigrants, we could seldom afford to go to South Africa as a family. Once we were somewhat established, we did manage a few family trips. Since we had our first grandchild, I had a yearning for us all to visit South Africa together once more. When I was diagnosed with dementia, my wish became more urgent. For Christmas 2014, my brothers and sisters in South Africa helped us buy tickets so that all 9 of us could make that journey. In my blog, you will get to know more about my family and how they support me and each other as we grapple together with my fly-away self. For starters, here is a video of us, the Salt Lake City Saunderses, thanking our generous South African siblings for the plane tickets.