This past weekend, my fabulous publisher, Hachette, sponsored a trip to Minneapolis for Peter and me to promote my book MEMORY’S LAST BREATH: FIELD NOTES ON MY DEMENTIA to a gathering of independent booksellers known as “Winter Institute.” Hallie Patterson, the vibrant and youthful Publicity and Marketing Manager of Hachette, was in attendance as our guardian angel. Not only did she welcome and feed us a snack as soon as we had checked in at they Minneapolis Hyatt Regency, but at the author’s reception–where I signed galley copies–she never left my side and always had the next book ready and open at the right page for me to sign. 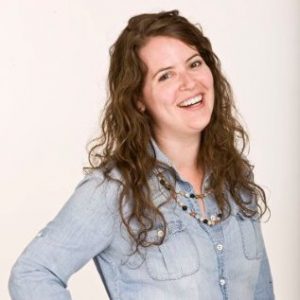 Hallie Patterson, Hachette’s Publicity and Marketing Manager, who was my guardian angel

Since I cannot think on my feet at all anymore, I took a list of phrases along that I had gathered to personalize my messages as I signed them for booksellers. For example: “Thanks for pushing my favorite substance, books!” At one stage I lost my crib sheet, and Hallie hunted around for it and put it on the table where I could see it. She also made sure I had a glass of wine and some of the lovely snacks they served by my side. When I messed some chocolate filling from a cream puff on one of the books she had opened, she whisked away the book and gave me another one before I could say I was sorry! (And I hadn’t even started on my wine yet…)

While I signed books, Peter exhibited his gregarious self and “networked” with people as they came up to my table. Now and then, when Doña Quixote, aka My Dementia, dropped in to blur my demeanor with confusion and bewilderment, I only had to find his eyes and she speedily departed back to Salt Lake City.

Brian van Reet, author of SPOILS, sits at the same table as Gerda

Another Hachette author, Brian Ran Reet, sat with me at the same signing table. His book is set in the early days of the Iraq War, a moment in history in which Brian himself participated: he left the University of Virginia after September 11 to enlist in the U.S Army as a tank crewman, served in Iraq under stop-loss orders, achieved the rank of sergeant, and was awarded a Bronze Star for valor. His book, SPOILS, follows three people whose lives intersect in tragedy soon after the start of the war: Cassandra, a woman soldier who found herself in a combat role; Specialist Sleed, whose malfeasance sets a series of terrible events into motion; and Abu AlHool, an insurgent leader who starts doubting his mission when a wave of super-radicalized jihadists join his group. I started reading Brian’s book on the way home on the plane, and find his story mesmerizing. He really gets into the heads of his main character in ways that make them very convincing to me.

After the book signing, we went to a dinner hosted by the Hachette sales team for 45 of their favorite booksellers at the Marin Restaurant. Each of the 5 invited authors sat a different table together with a Hachette salesperson and 6-8 independent booksellers. After the salad was served, each author got up to introduce his or her book. I was the only one who had written out my presentation—I spoke to  Hachette earlier to say I was not going to speak, but rather read my piece and they said it was fine. The others all just spoke on the hoof. Despite my reading of my statement, it seemed to work well–unless the audience reaction was pity-applause! After my presentation, Peter said that a guy named James—book store owner—to next to whom he had sat at his table, came up to him and was visibly moved, and told him, “I’m going to sell the hell out of her book!” That’s Peter’s story and he’s sticking to it.

One of the best things that happened was that Anne Holman and Rob Eckman from Salt Lake’s fabulous indy bookshop The King’s English attended Winter Institute too. Peter and I ran into Anne by a coffee shop in the hotel lobby and just chatted for a few minutes. Rob Eckman was at the Hachette dinner–it felt as if a long-lost cousin was sitting across from me when I switched to his table. He had already read my book, and very kindly asked me about it at dinner so that it was easier for me to come up with things to say that my table-mates found interesting–he asked me to tell the “40 puff adders killed in one day” story from my childhood on the Marikana farm in South Africa. You can now pre-order my book at The King’s English too. Here is an excerpt from my introduction of MEMORY’S LAST BREATH:

Sir Walter Scott has a name for the kind of people who cannot leave the house without a book: he calls us “book-bosomed,” after priests who carried their missals against their chests under their cloaks. Good evening, my book-bosomed friends.

I was in high school before I ever stepped into a bookstore—none existed near the farm in South Africa where I grew up. My books came from a room above the butcher’s shop that smelled of raw meat, where the butcher’s wife ran the Marikana public library—three steel cabinets of books, one of them for children. You can imagine, then, the glow in my heart, even now, when I enter my local indy store, Salt Lake City’s own King’s English, with rooms full of wall-to-wall books—and a frequent venue for readings, particularly by local writers. Booksellers, I thank all of you who, in cities countrywide, supply the book-bosomed with the incomparable smell and heft of actual books.