Saunders’ “eloquent, often lyrical book…is remarkable not only for its fiercely honest, sometimes-poetic portrayal of mental decline, but also for the way the author effectively celebrates ‘the magisterial of a mind, the grant of an interval to sound the ordinances of a world without being.’ A courageous, richly textured, and unsparing memoir.” —Kirkus Reviews 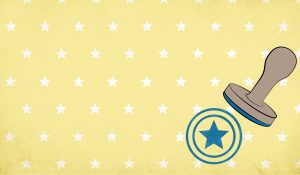 How do bookstores and libraries know which books to order out of the 300,000+ new book titles published in the US every year? To place their orders, they rely on so-called trade journals, that is, publications aimed at publishing insiders: newspaper and magazine editors, bookstore and library book-buyers, literary agents, and film industry types scanning them for movie rights. Publishers Weekly, Kirkus Reviews, Library Journal, and Booklist are “the big four of book industry trade journals” (Slate). Trade journal reviews—300 or so words of plot summary, context, and a quick verdict—influence which books get noticed, bought, and promoted in the media. Although you’ve probably never read these magazines, you have likely seen their names posted together with their blurb on book jackets.

In this way, these behind-the-scenes journals help determine what you read.

To have a book reviewed by a trade journal is free if you are published by a traditional publisher—that is, publishing houses that require you to submit your manuscript, via a literary agent, to their company, and then they tell you “yay” or “nay”—journals do not charge a fee. Instead, traditional publishers support trade journals by advertising. If you publish your book independently–that is, go through a company such as CreateSpace, Smashwords, or IngramSpark, etc. for creating your book and printing—you have to pay a fee to have your book reviewed. Kirkus Discovery currently charges $450 to review an independently published book.  Like most traditional publishers, Hachette Book Group sent my book to reviewed by “the big four.” All books submitted do not necessarily receive a review. Kirkus does 8,000 to 10,000 reviews a year.

Only after Kirkus reviewed my book favorably, I found out in a Slate article titled “The Book Reviews That Matter” that Kirkus “has long had a reputation for lively, unpredictable reviews that are sometimes outlandishly harsh.” Slate cites, for example, their response to what would turn out to be Dave Eggers’ stunningly successful memoir A Heartbreaking Work of Staggering Genius: “It isn’t,” Kirkus said. Though the review allowed that the book “is better than most novel-like objects created by our younger writers,” it nevertheless concluded: “Few readers will be satisfied … for their investment of time and good will.”

The review that made it onto the front cover of Dave Eggers’ memoir: “A virtuosic piece of writing, a big, daring, manic-depressive stew of book that noisily announces the debut of a talented—yes, staggeringly talented new writer.” MICHIKO KAKUTANI

An additional perk related to my book’s review in this journal is that it received a “Kirkus star,” which is “awarded to books of exceptional merit.” Approximately 10% of Kirkus reviews are starred.

So, what does this mean for me and my book? It means more book stores and libraries will buy it, and it will be available to more readers. This good start doesn’t mean at all that it will be a bestseller: less than 1% of books out of the 300,000+ new book titles per year make it to bestseller status. Nevertheless, I am so grateful for the recognition my book is receiving. I am happy for and grateful toward my agent, Kate Garrick, and my Hachette editor Paul Whitlatch, who loved the book before outside opinions started coming in. I am so blessed to be part of such an exceptional team.

Corny Doña Quixote shows her happiness with the Kirkus star by wearing her moon and stars tights! (Actually, to blame this on theDoña is a lie: I wore tights like this long before I was diagnosed with dementia…)

Field Notes on My Dementia

A former gender studies professor’s memoir about living and remembering her life in the face of dementia. Before 2010, when doctors told her that she had microvascular disease, one of the leading causes of dementia, Saunders had it all: a successful career and a thriving, multigenerational family. She retired from the University of Utah two years later with “no whimpering, no whining, no despair,” fully aware that hers had been a fortunate existence. Hoping to offer something that “could be actually useful in the world,” Saunders began keeping a journal about her “lurch into that ‘strange Country’ ” of memory loss. She started by recalling everything she could about an early life that had begun in the rural Transvaal region of South Africa. By “flesh[ing] out [her] shrinking self with former selves,” the author would become “Doña Quixote,” the madwoman questing for truth. Drawing on literature, scientific research, her family’s collective memory, and her own experiences, Saunders crafts an eloquent, often lyrical book that, in its fragmentation, becomes increasingly affecting over the course of the narrative. As she speaks about growing older and wearing clothes that express “the way I feel rather than look,” for example, she intersperses her reflections with “Dementia Field Notes” journal entries that bluntly address all the difficulties she must face on a daily basis due to her condition. The author’s candor is especially evident in the way she addresses the way her dementia has and will continue to dehumanize her the longer she lives with it. Not wishing to be relegated into a zombielike “neither-dead-nor-alive” status, Saunders discusses the plans she and her family have made to help her die with dignity when her quality of life has dwindled too far. The book is remarkable not only for its fiercely honest, sometimes-poetic portrayal of mental decline, but also for the way the author effectively celebrates “the magisteria of a mind, the grant of an interval to sound the ordinances of a world without being.” A courageous, richly textured, and unsparing memoir.